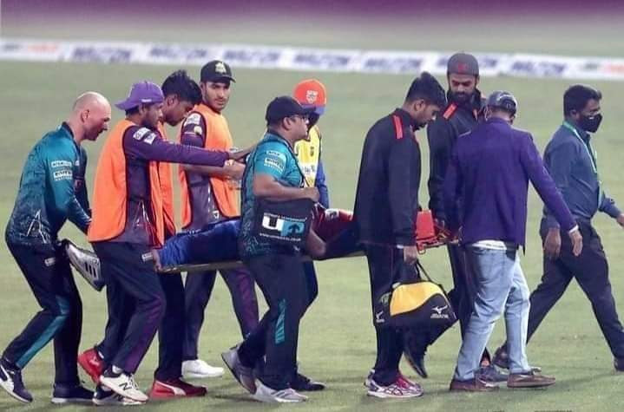 Khulna Tigers were batting for 191 runs to win against Chittagong Challengers. Khulna’s West Indian recruit Andre Fletcher had been concentrating on batting from the very beginning. He was ducking under the ball by Chittagong’s new pace sensation Rezaur Rahman Raja’s repeated bounce. As an official physician I had to keep a close eye on the field. The accident happened in the seventh over. Fletcher fell to the ground after being hit on his neck directly while going to pull the Raja’s bouncer. The two physicians in charge, Ronok Robin and I, rushed to the field with stretchers as there was no groundsman due to biobubble security. The players, Chittagong coach Paul Nixon, the physiotherapist of the two teams all rushed to our medical room and started the activities of Sideline concussion assessment tool 5 observation. At the end of the necessary medical procedures, Fletcher was transferred to the hospital. Finally, Fletcher’s recovery was uneventful. Fletcher, however, returned to the next match and became Man of the Match.