Whenever we stop to think about how we got to where we are, it’s tempting to romantically recall a journey crafted by intelligent design. In reality, everyone’s story is littered with happenstances that nudged them towards where they are now. Based on your spiritual convictions, you will either perceive such events as fate, chance, or something in between. I, for one, stand very much on the ‘sheer luck’ end of that spectrum.

Having had a comfortable upbringing in rural Norfolk, the first significant challenge that I faced was a rather dramatic one. Having moved to the UK from Sri Lanka in 2002, we returned every year to visit family. In 2004, my brother, mum and I decided to visit during the Christmas holidays. It was customary amongst my extended family to go on a group trip during our visits, and, this year, we decided to go to a town called Tissa on the South-East coast. Early morning on the 26th December, we set off from my uncle’s house in Colombo – sunnies and swimmers in hand. Before the establishment of a network of motorways, travel around Sri Lanka took time. The first 3 hours of our journey were spent heading southbound along the coast. Galle, a city on the South-West coast, was a convenient pitstop along our route to Tissa. The van pulled up beside a supermarket and my mum stepped out. Initially, I was planning on staying in the van to continue causing mischief with my older brother, but then my mum said something that, in hindsight, saved my life. She said, ‘would you like some chocolate biscuits?’.

Being a tubby 8-year-old with an insatiable sweet tooth, I gleefully accepted this offer and went with my mum into the supermarket in search of chocolate biscuits. Within 5 minutes of entering the supermarket, the worst Tsunami in recorded history struck the coasts of Sri Lanka. I will fast forward the next steps for brevity – the entire travelling party survived relatively unscathed. A claim that we are extremely fortunate to make given that the tsunami took the lives of 230,000 innocent people that day. What’s more? If the tsunami had struck 5 minutes sooner or 5 minutes later, we would have been in the van on a road immediately adjacent to the sea – fully exposed to the might of the ocean.

The gravity of the event was not something my 8-year-old brain was capable of fully digesting at the time. My early teenage brain, however, became increasingly aware of the improbability of my existence.

At the age of 13, during another visit to Sri Lanka, I tagged along with my great aunt who had arranged to deliver some basic supplies to an orphanage in Colombo. A seed was planted that day. The staff at the orphanage informed us that a large proportion of their children had lost their family to the tsunami. A fate that I very nearly befell.

The following summer, I asked my friends and family to make donations instead of buying presents for my 14th birthday. I then used the few hundred pounds that I’d collected to purchase some supplies for an orphanage that cared for children orphaned by the tsunami. This eventually crystalised into Smile, my first charity, that aimed to support orphanages and rural schools in Sri Lanka. We ran some wonderful projects over the next 5 years and made a significant impact on the lives of disadvantaged children in Sri Lanka.

After I started medical school in 2014, Smile became more difficult to manage as my visits to Sri Lanka became less and less frequent. Little did I realise, at the time, that medical school would mark the start of a second personal venture.

Entering university is a disorientating experience. Lectures are didactic and fast-paced, and I had no idea how much of the material I was meant to be noting down. After a clumsy first few months, I had stumbled upon a method of making notes that I was comfortable with.

I know what you’re thinking. This is quite a segue from tsunamis to notes but I promise you it’s relevant.

As I entered second year, a few of the younger years asked whether I had any notes that I wouldn’t mind sharing with them. I unassumingly shared my OneNote link, thinking that it may help a handful of them get to grips with life as a medical student. Within weeks, hundreds of first year students were using my notes.

The sudden wave of recognition was flattering, but it, more importantly, prompted me to start delivering some tutorials using my new-found Z-list fame. I had little to no experience of teaching at the time, but the credibility of the notes had gifted me an air of confidence which grew the more teaching I delivered. Various younger years started reaching out to me for advice on revision as they entered exam season. It was a privilege to be able to offer advice and resources to ameliorate exam-related stress. Another seed was planted. I was conscious of the fact that younger years would end up using my notes, so I started making a concerted effort to improve the resources that I was producing.

In my 5th year of medical school, I received a message on LinkedIn by a couple of entrepreneurial dentists who ran multiple businesses on the side. One of their ventures was a charity called Make a Dentist, which ran formal events for dentists and used the funds raised to send dental supplies to low- and middle-income countries (LMICs). I met with them, and they suggested starting a similar initiative called Make a Medic. I was a little apprehensive at first – I had the toughest year of medical school ahead of me and the idea of organising a black-tie event seemed daunting. I set my sights low, arranged one pub quiz which raised around £400 and used that money to send a shipment of textbooks to a medical school in Sri Lanka. That was about the limit of my ambitions for Make a Medic at the time. Though I still loved carrying out charitable projects, I had little interest in organising logistically challenging social events. Therefore, Make a Medic entered a state of dormancy.

In April 2020, as I was readying myself to start working as a junior doctor and the rest of the UK was acclimatising to lockdown life, I received a few messages from students in the year below me. They were scheduled to sit their 5th year exams in a matter of weeks but had encountered major disruptions to their usual teaching. I used my free evenings to create video tutorials for these students which I subsequently uploaded onto YouTube. The penny then dropped that I could marry my passion for teaching with my interest in running charity projects. I could, if you pardon the pun, make medics through the creation of affordable courses, and use the funds raised to make more medics in LMICs. 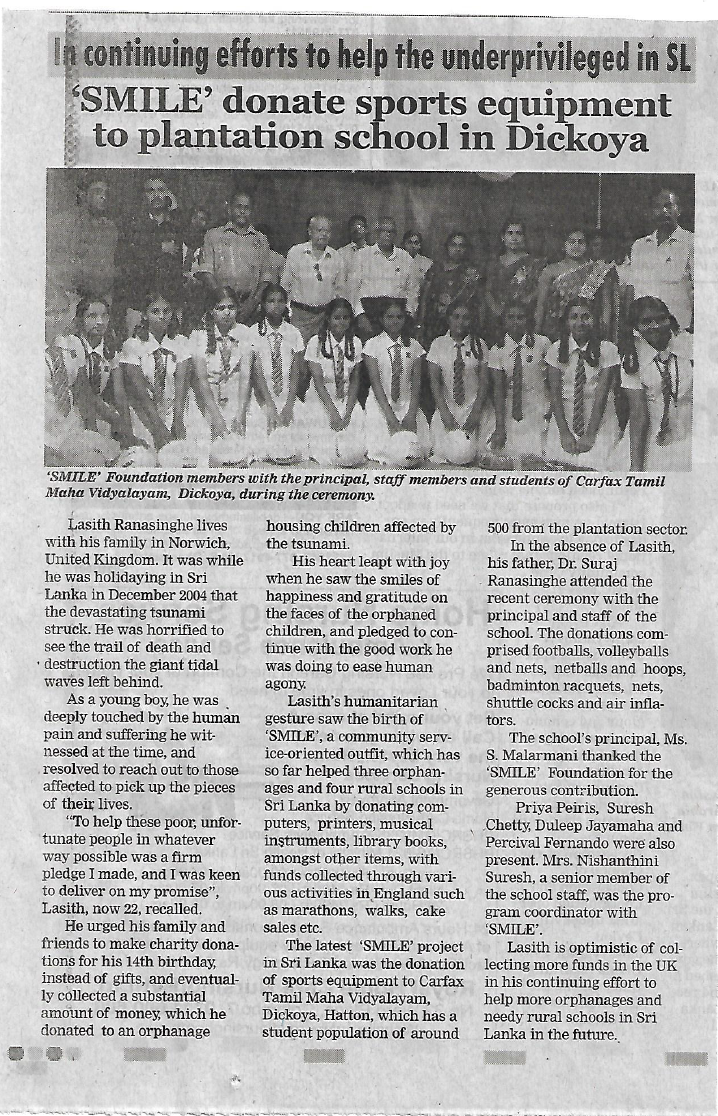 Make a Medic has since gone from strength to strength. We have multiple highly rated online courses and have executed several projects with discernible impact. I have had the pleasure of working with a small but dedicated team of medical students and junior doctors who have been instrumental in propelling Make a Medic onwards and upwards.

We have huge plans for the future, starting with the release of our comprehensive online resource bank this August. I have, on occasion, been commended on my passion. As well-intentioned as these comments may be, I believe that I have become energised by something greater than passion – purpose. Knowing that every practice question that I write and every email that I send takes me a step closer to improving the life of someone in an LMIC provides me with an incompressible sense of purpose that motivates me every day.

The journey that led me to Make a Medic was convoluted and, largely, not under my control. Nonetheless, I am incredibly grateful to have stumbled upon something that invigorates and engages me every day.